Taro Yamasaki is a Pulitzer Prize winning photojournalist who has told  compelling human interest stories for newspapers, national magazines, and non-profit journals, in 48 states here and in countries around the world.  He started his career in 1977 as a staff photographer for the Detroit Free Press.

Yamasaki was raised by parents dedicated to social justice and came of age at a time of great social unrest.  He decided early on that journalism was the path he would take to make a positive difference, believing that prejudice was at the root of many of society’s problems and that effective journalism could help dispel that prejudice. While in journalism school at the University of Michigan he realized that he could tell human stories with emotional impact more vividly with his photography than with his writing.

From 1984 to 2005 Yamasaki worked for a number of national magazines but primarily for People whose weekly readership ranged from 30 million to 37 million viewers per issue.  He traveled throughout the country and world telling stories of ordinary people doing extraordinary things in the midst of war, frightening disease, and social discord caused by racial, sexual and class discrimination.

Since 2005 he has been working on pro-bono projects primarily about human trafficking, undocumented workers and migrant farm workers while continuing to tell stories of children impacted by war and environmental disaster. 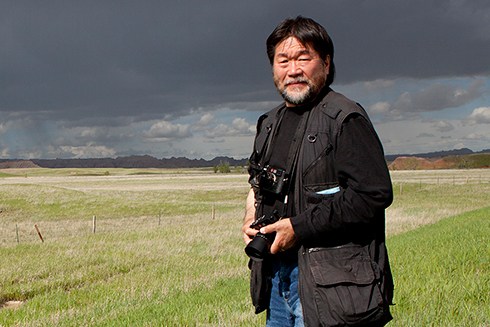