Southern Michigan State Penitentiary, commonly called Jackson Prison, is the largest walled prison in the world. Over 5,700 inmates are housed in maximum-security cellblocks in the 52 acres inside the walls and medium security camps around the perimeter.  Because of serious understaffing and inmate overcrowding many regulations cannot be enforced. Inmates and guards say it is often easier to obtain weapons, drugs and alcohol inside the walls than out on the streets. These photographs are from a weeklong series in the Detroit Free Press, which I reported, wrote and photographed.  The story was awarded the 1981 Pulitzer Prize in Journalism for Feature Photography. 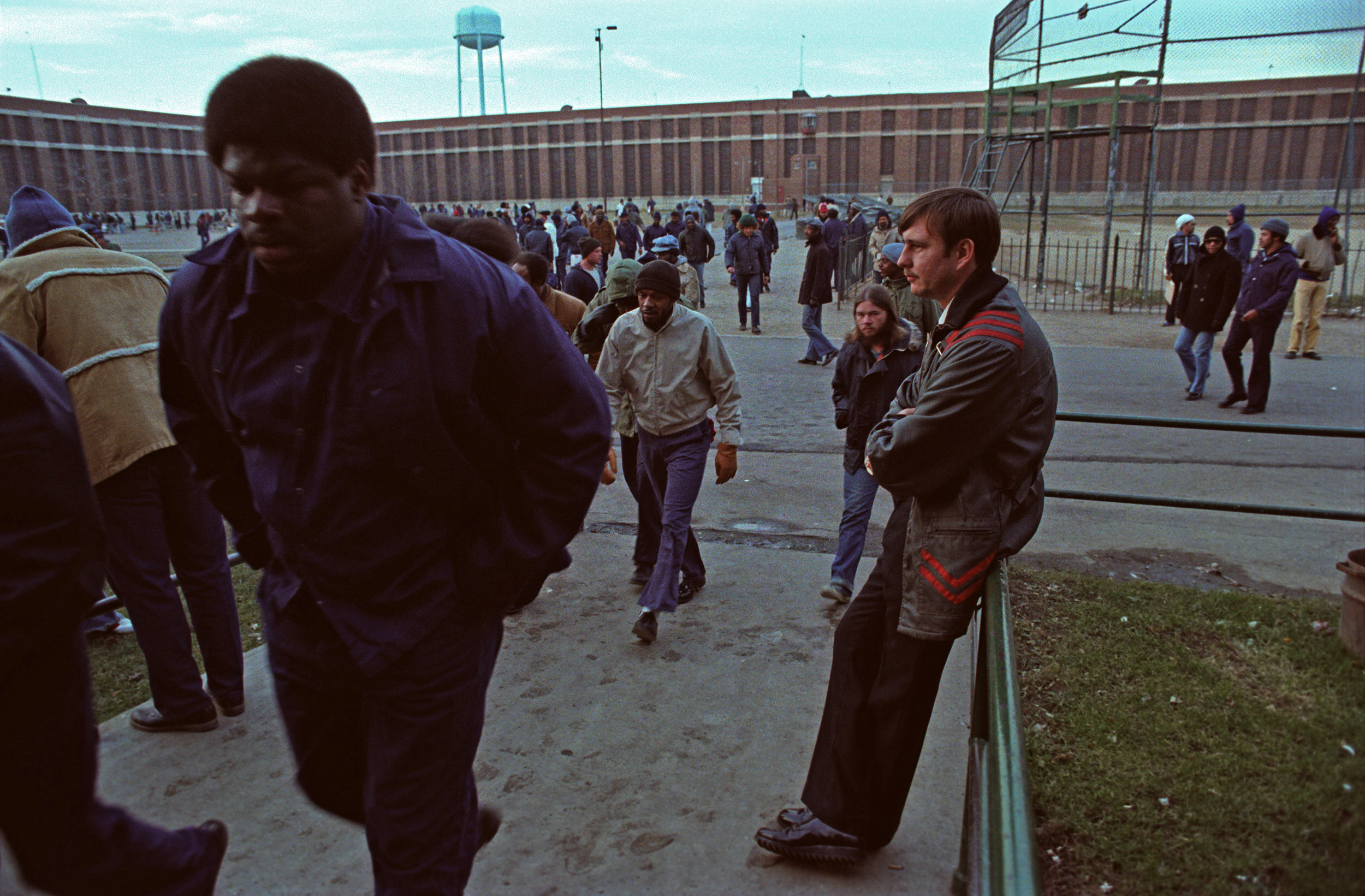 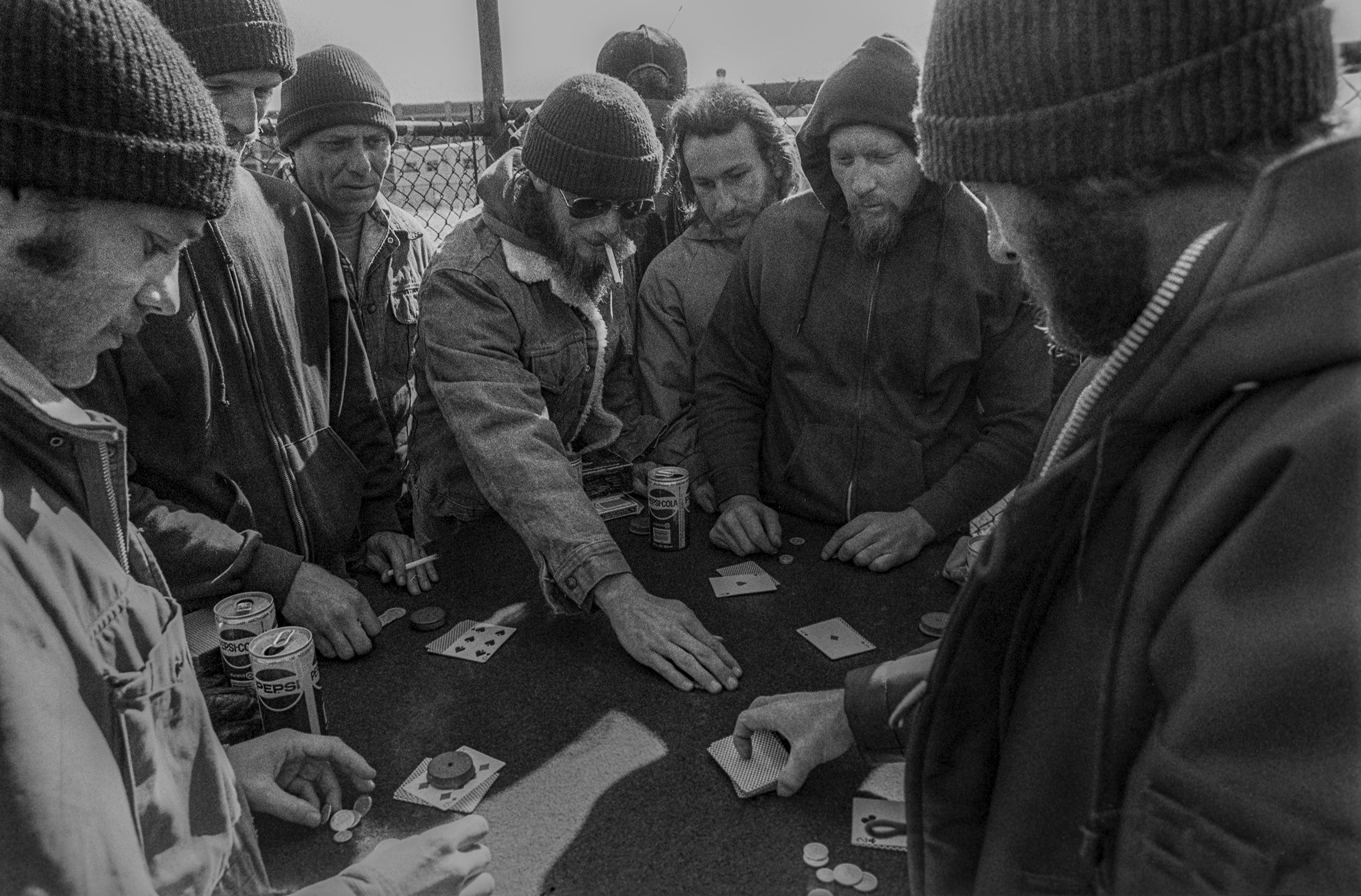 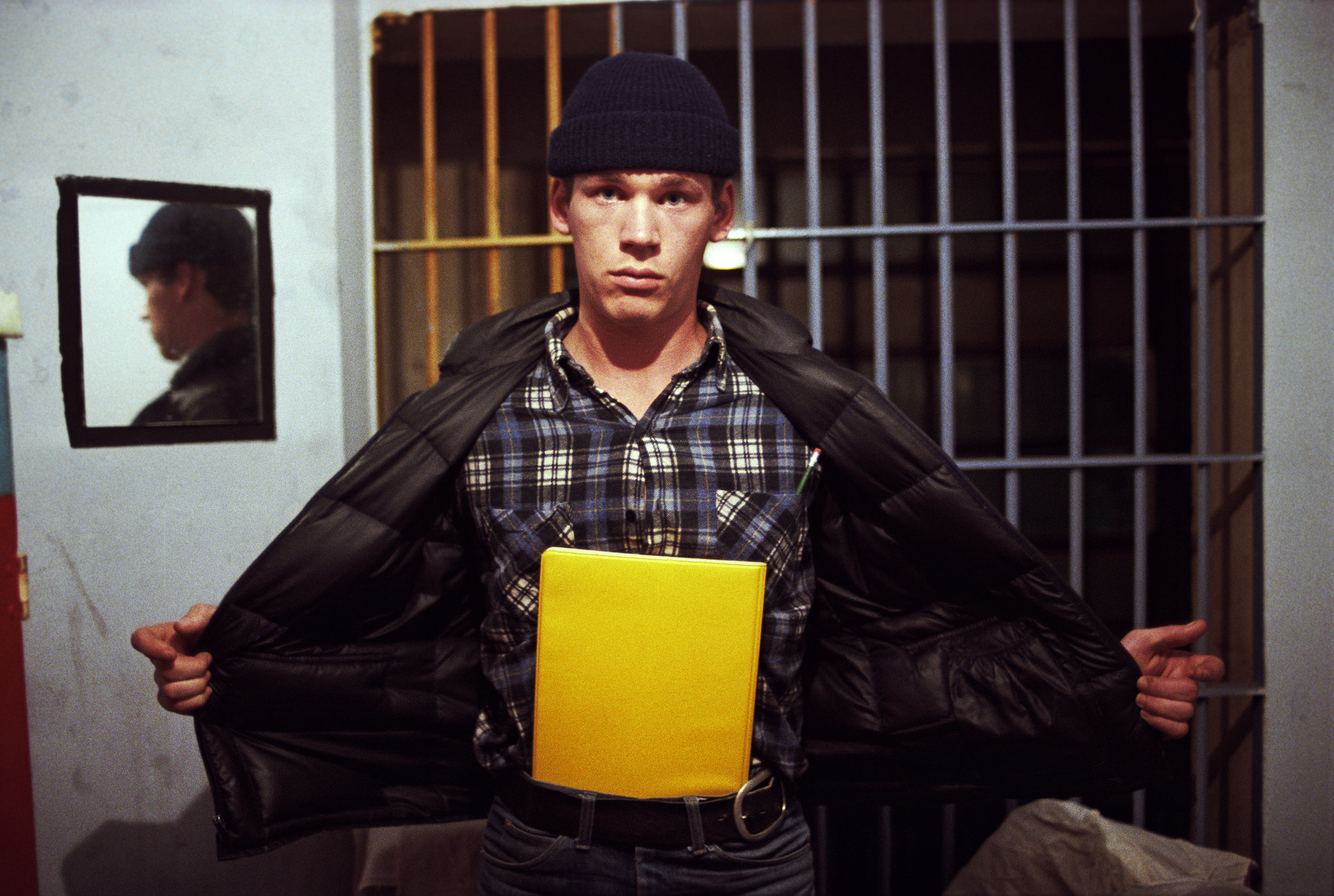 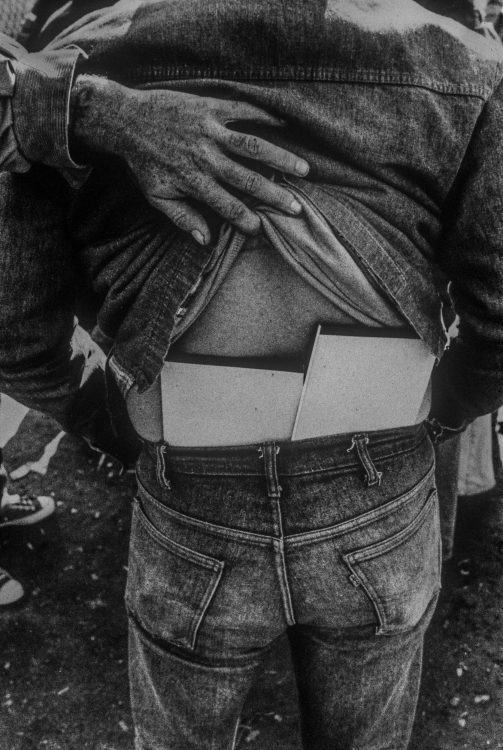 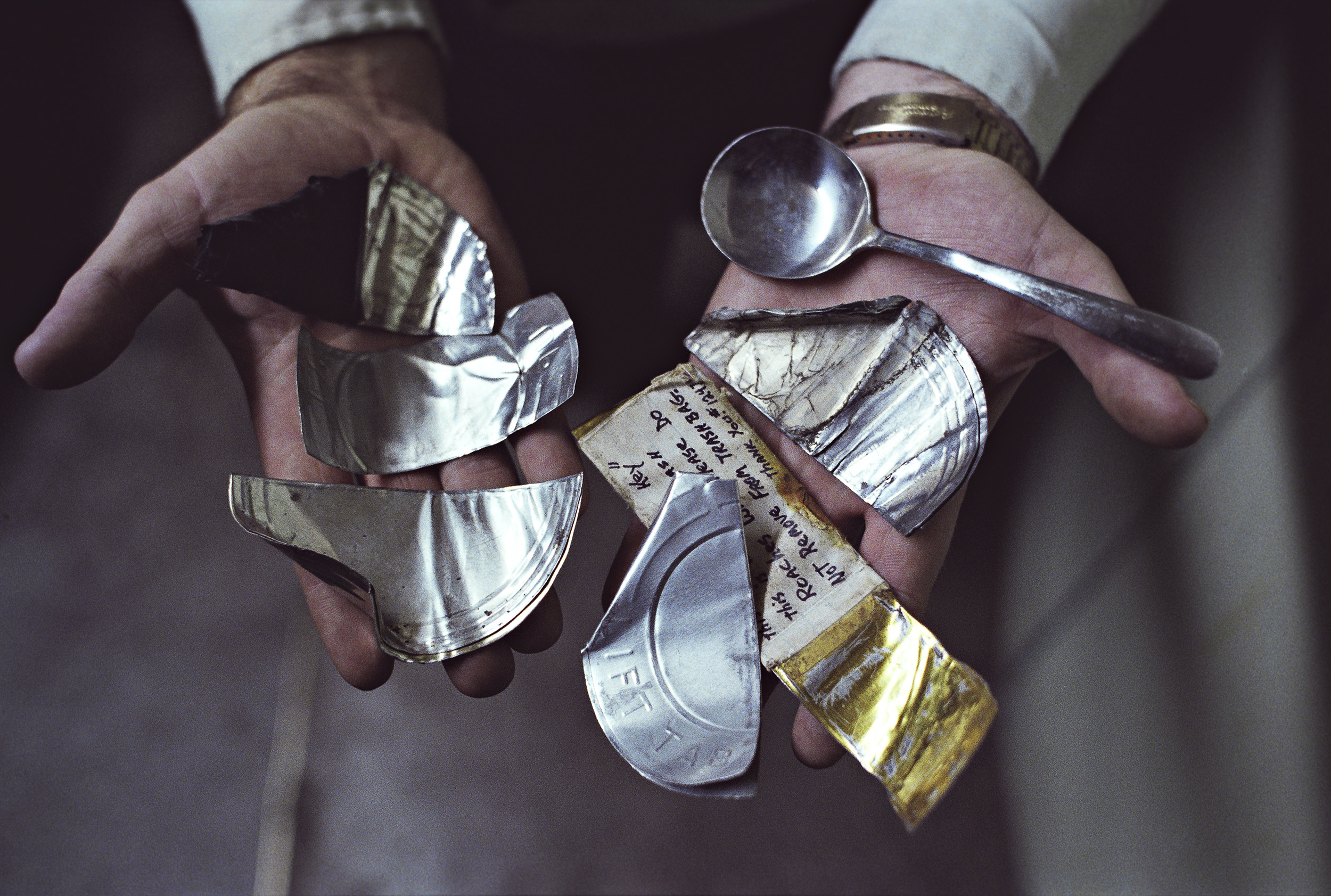 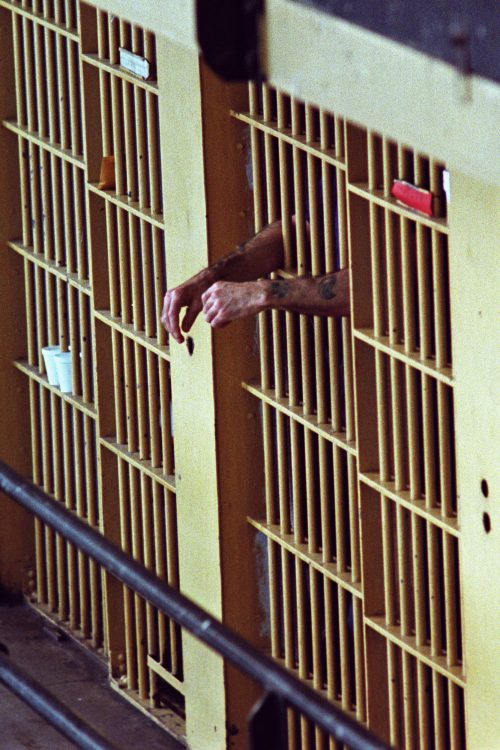 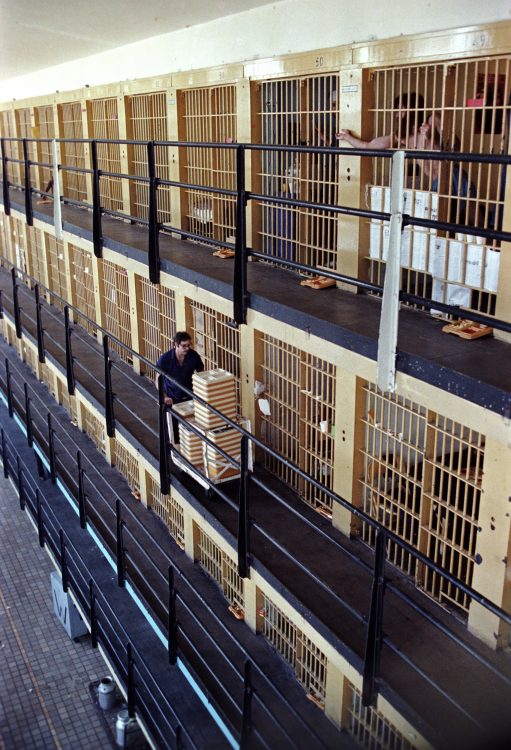 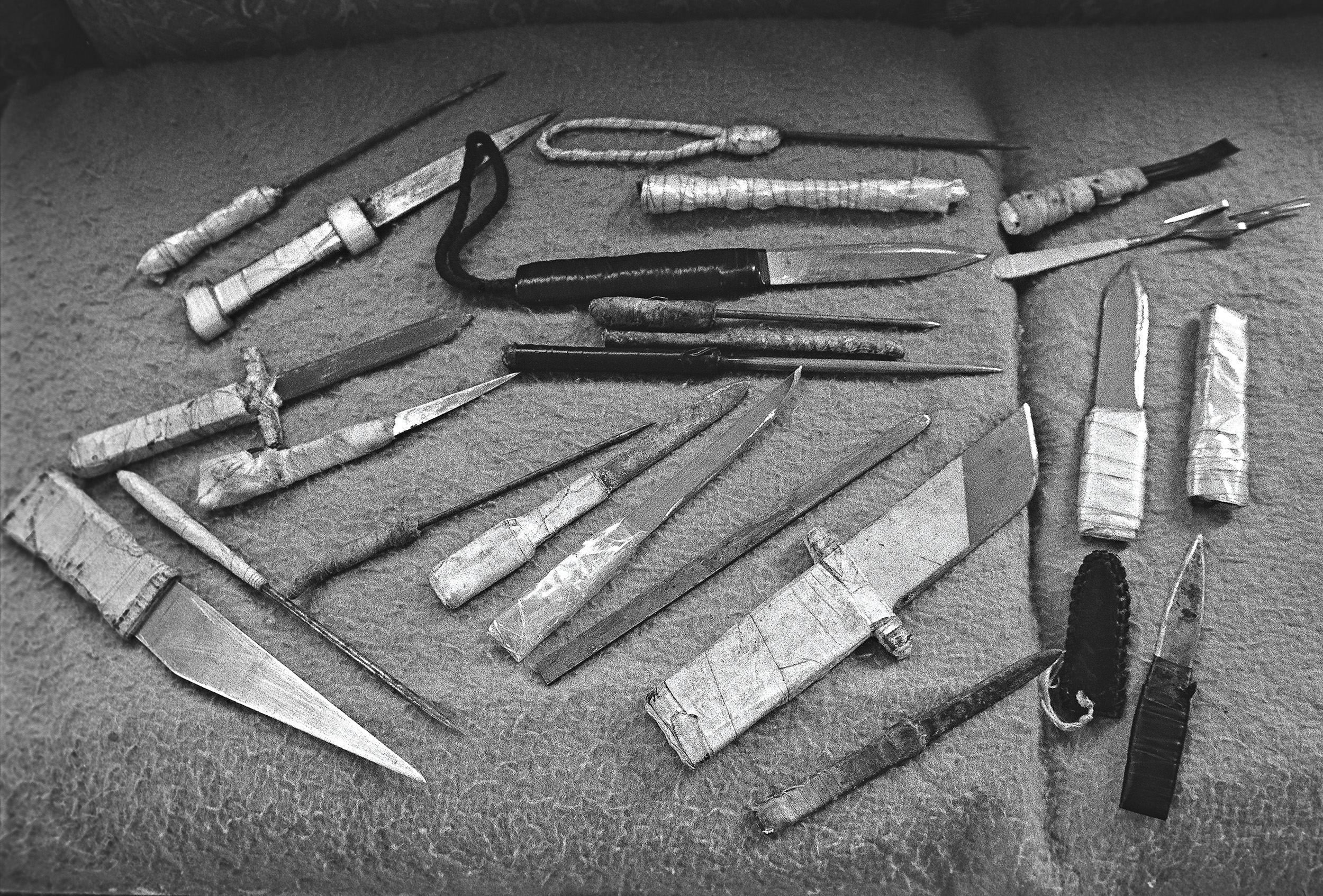 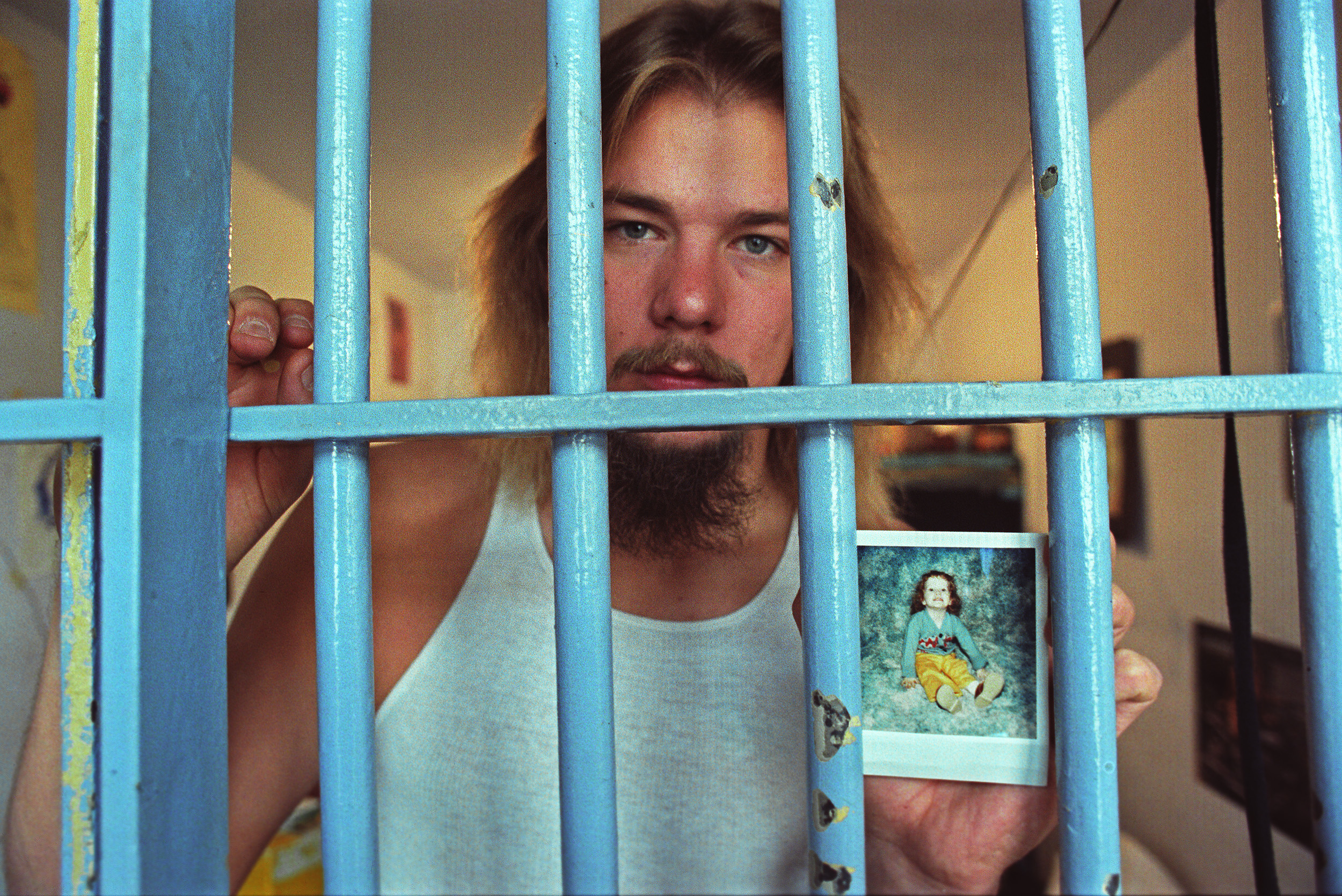 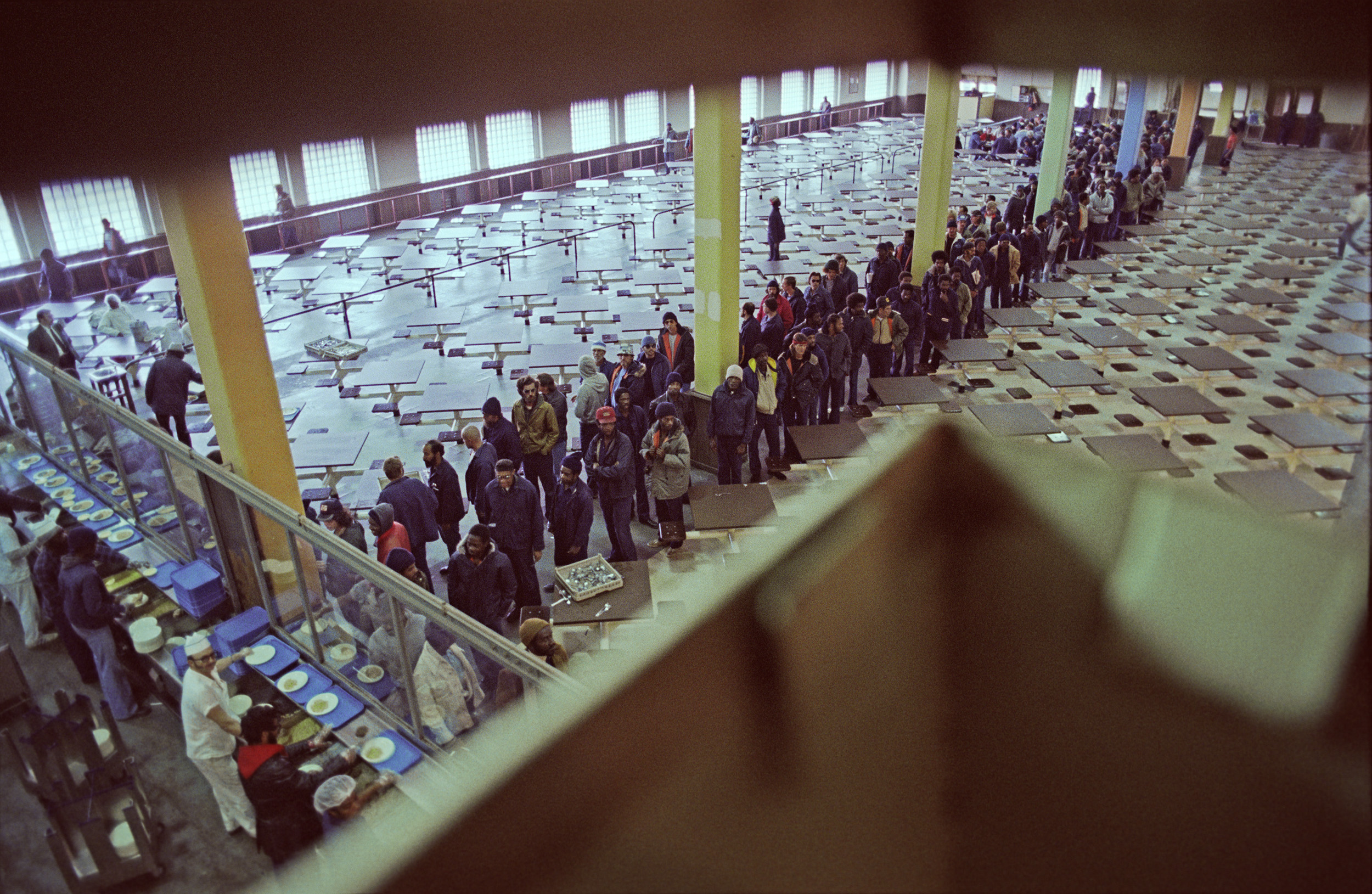 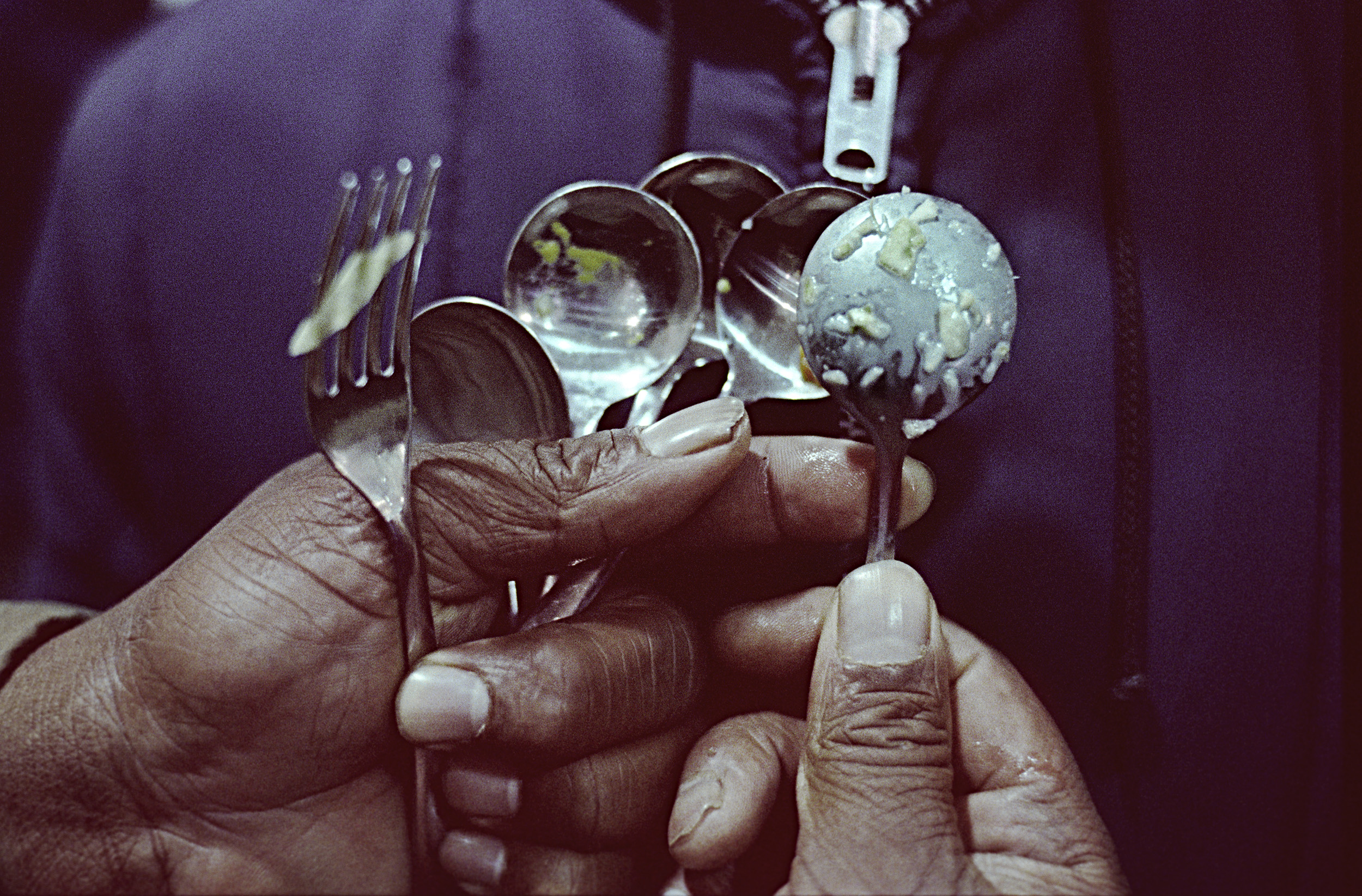 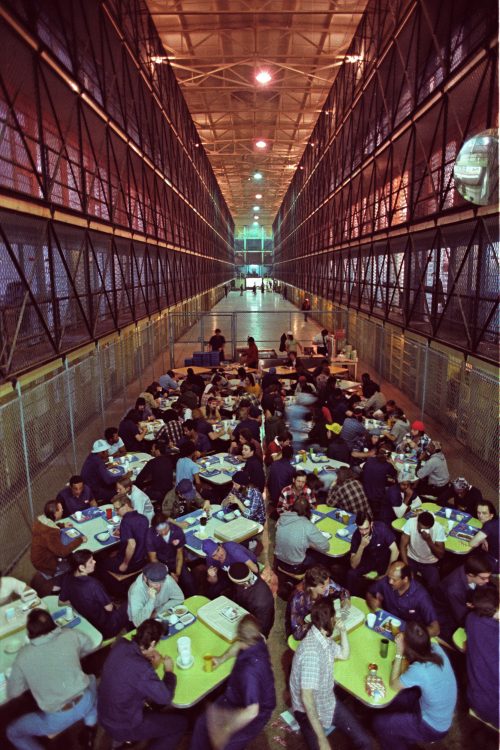 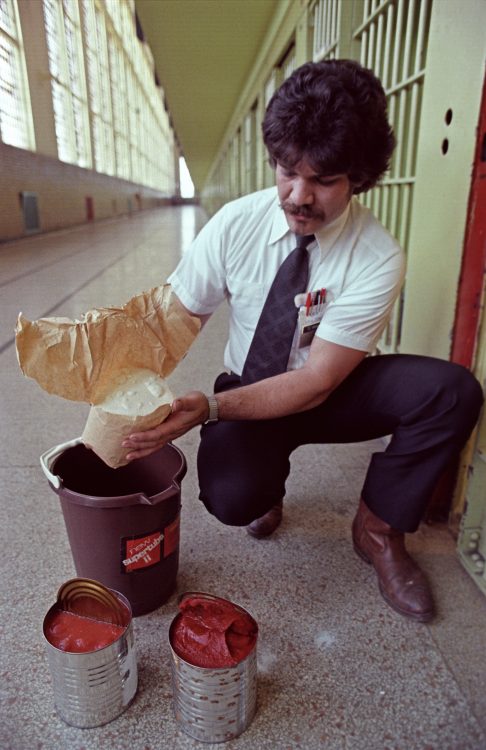 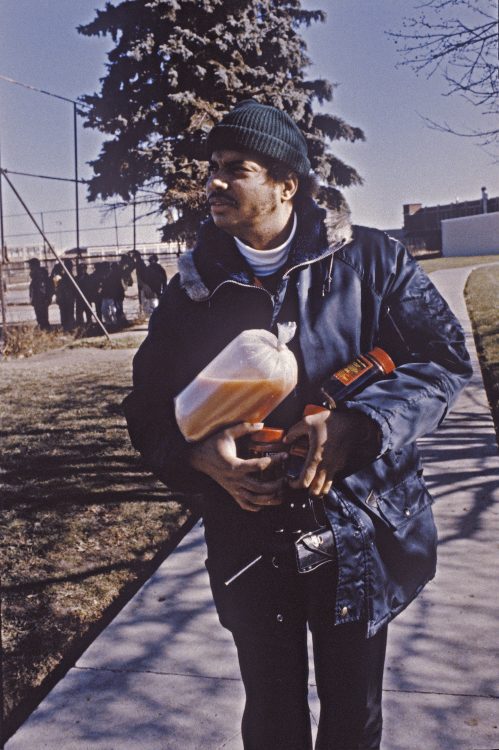 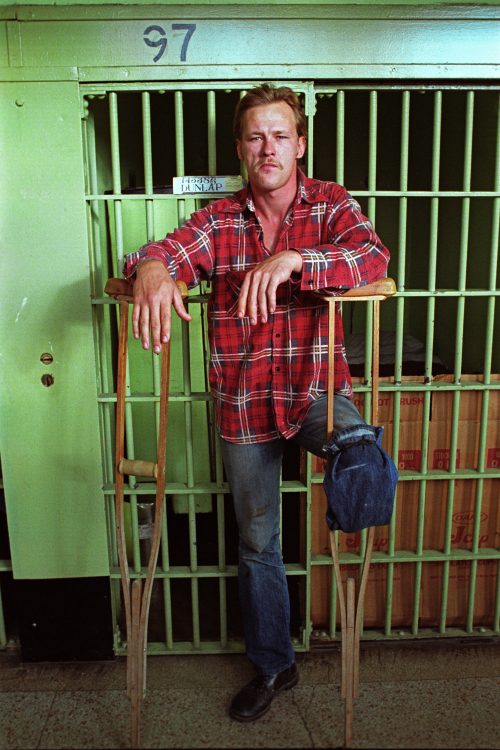 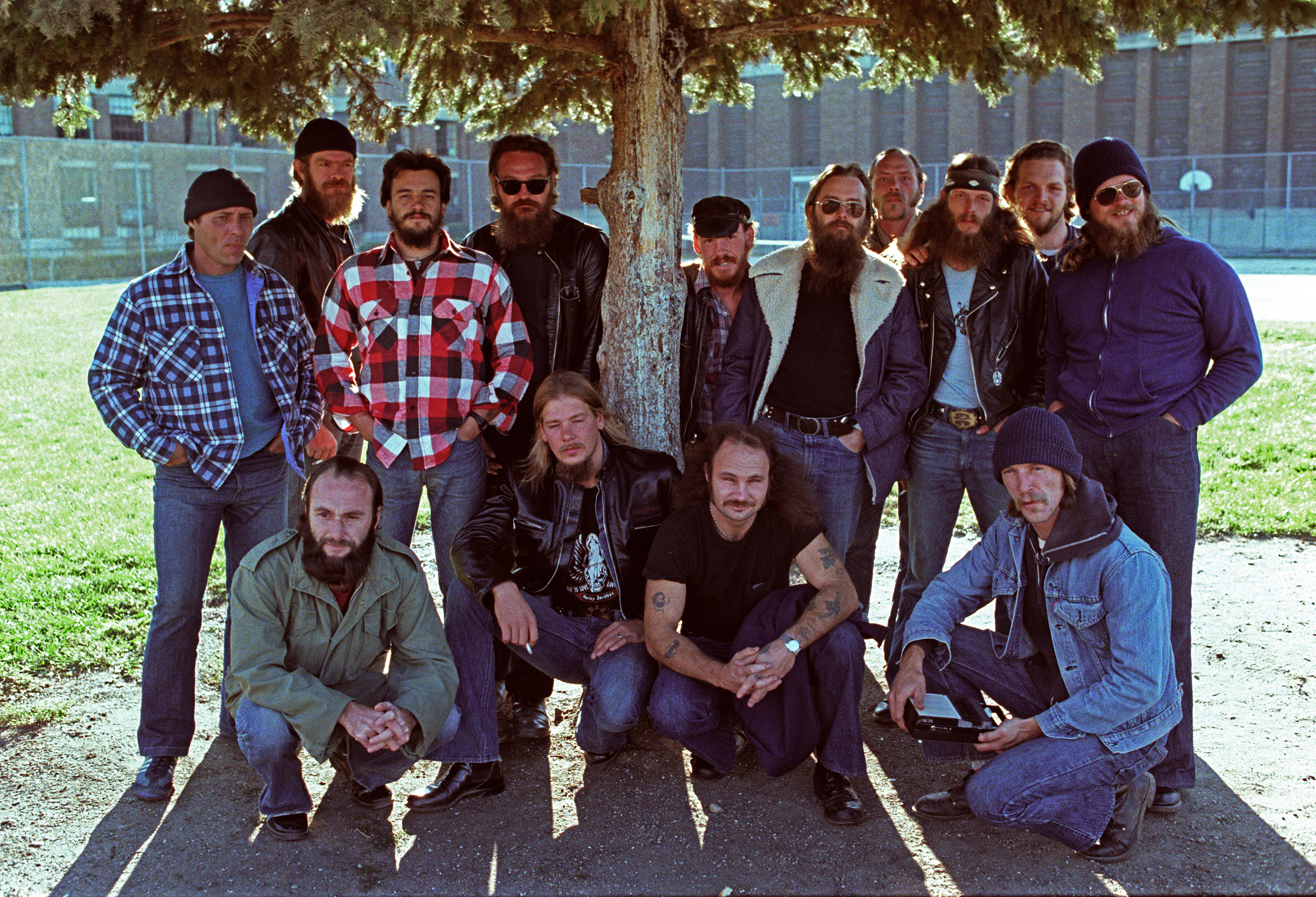 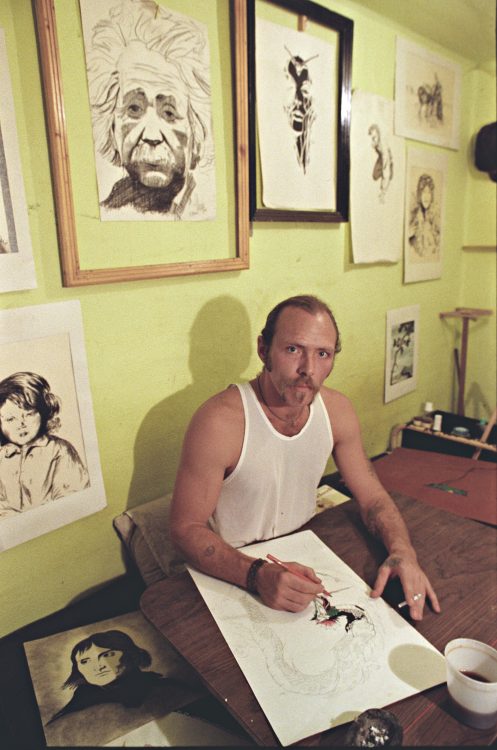 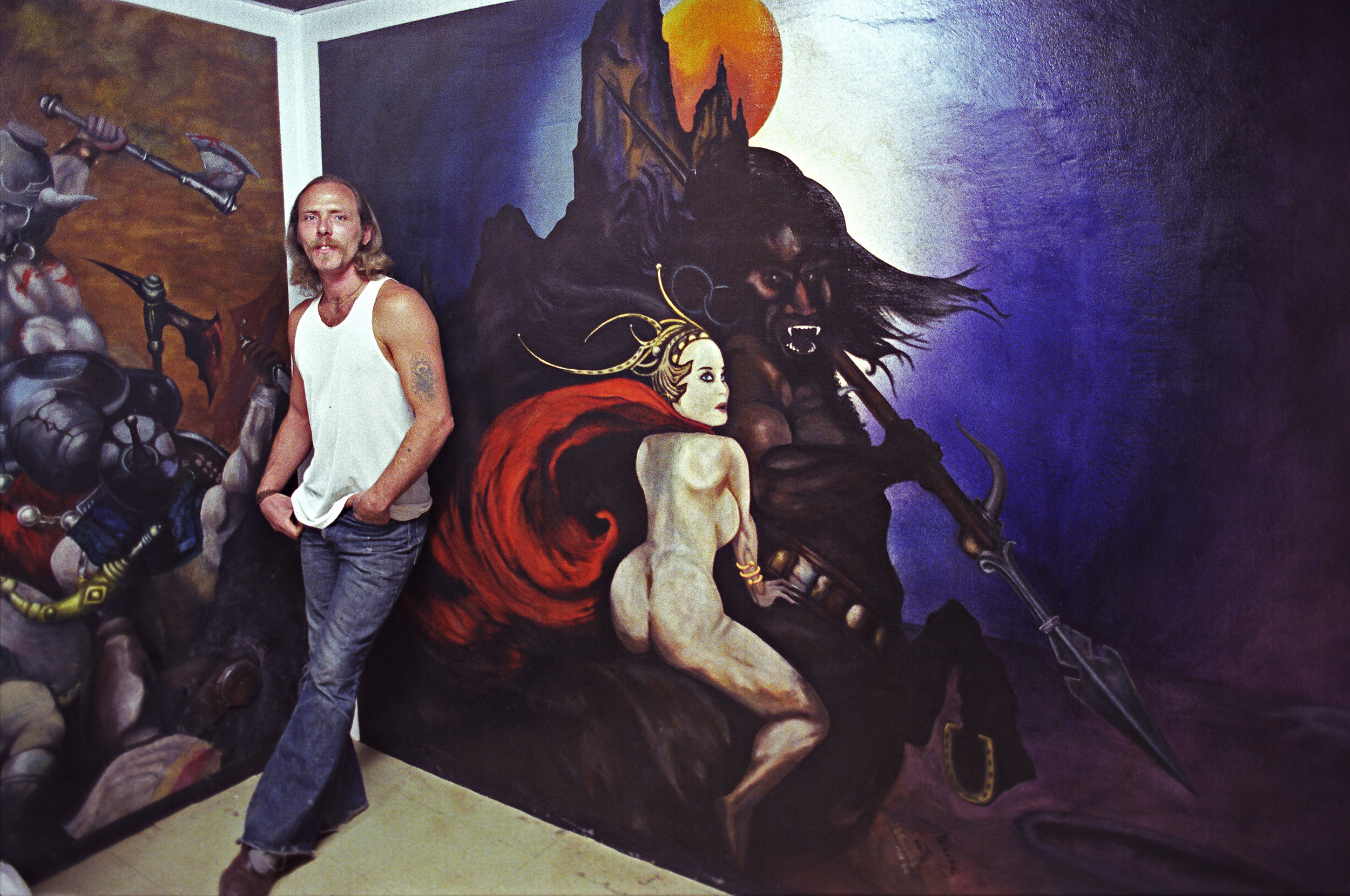 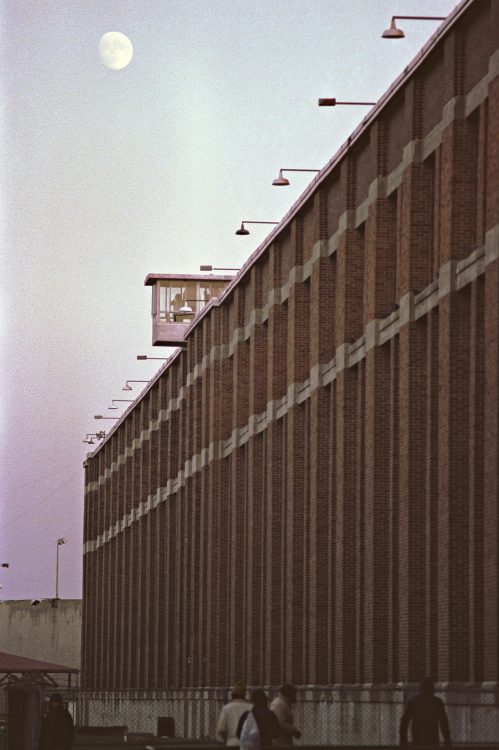 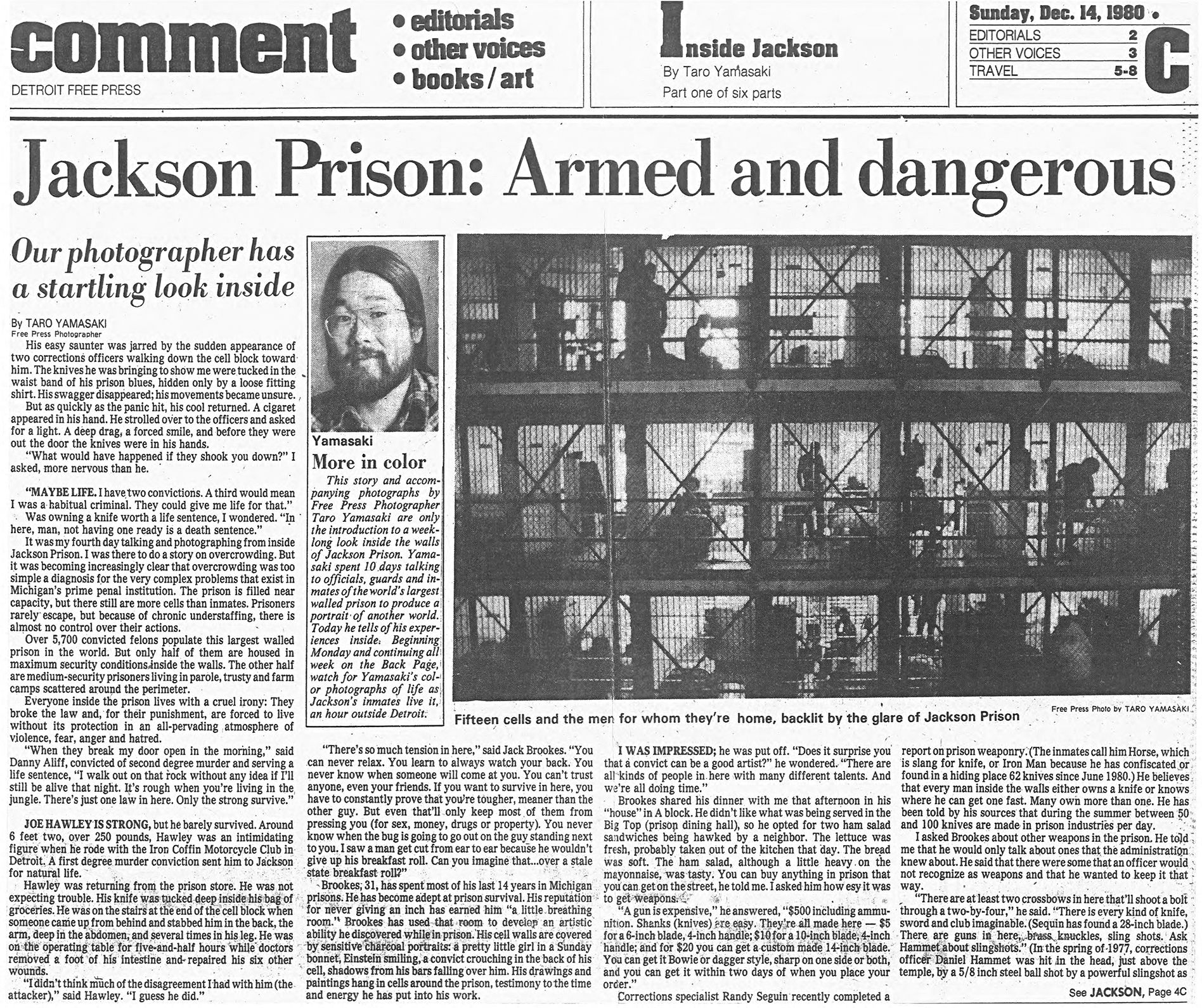 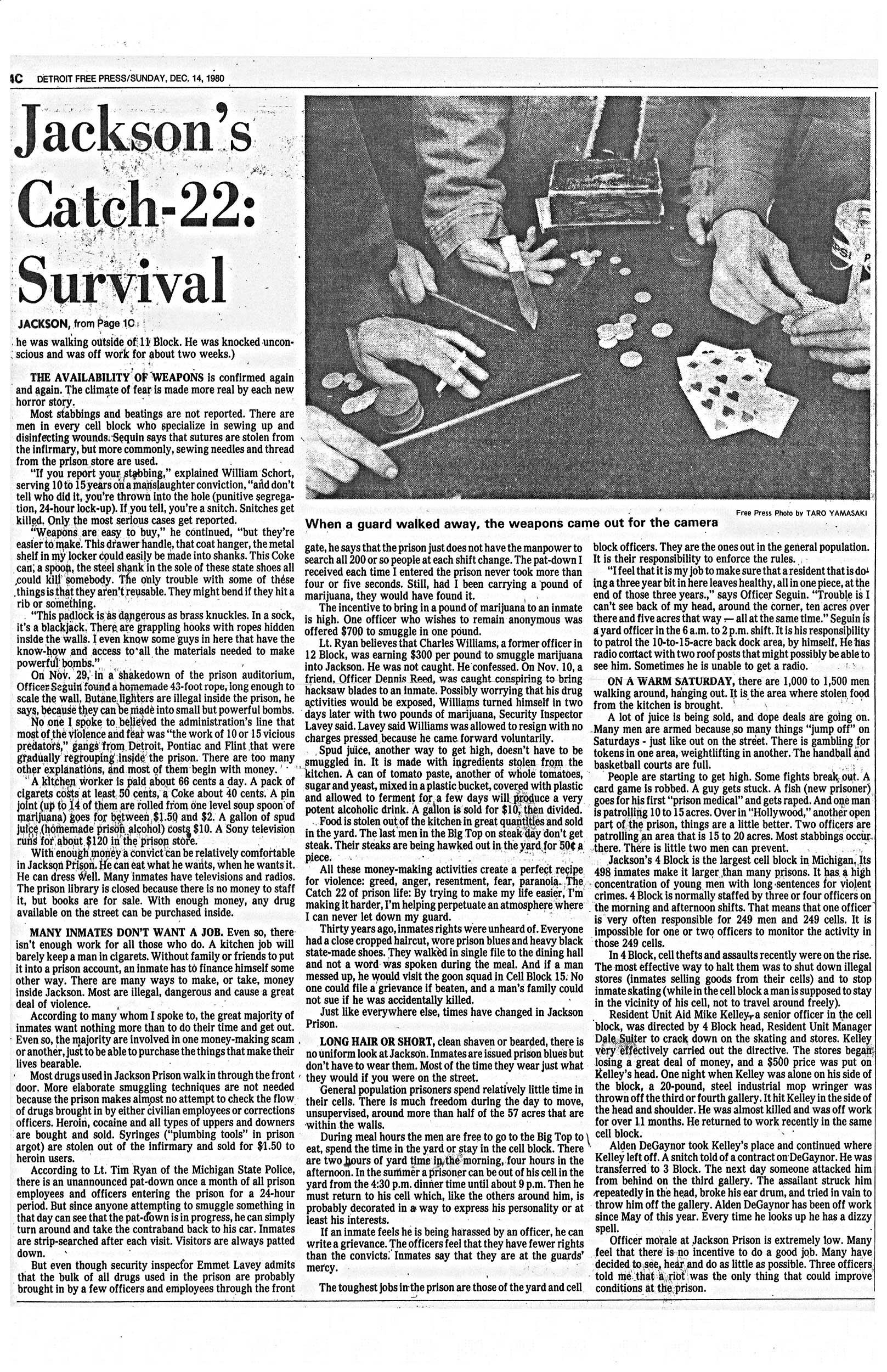